I am the type of person who normally loathes public holidays. I hate the way they interfere with my routines, and how manic people can get leading up the them. Hello people. The shops are going to be shut for ONE DAY, not the rest of your life!
But today is Friday. I usually try to have a quiet day on Fridays. The only thing that sucks about them is that I have to get up to take AsperBoy to school. But today, with it being a public holiday, I didn’t have to get up. With my sleeping being worse than ever of late, I was exceeding grateful to have this time to just lie in. Even if I didn’t sleep.

On getting out of bed, feeling like I had a sleep hangover (yes that’s a real thing), dry eye balls and mouth, and walking like a zombie. Turn on the phone to find 9 missed calls from the ex, aka, AsperBoy’s dad. Answer your damn phone! I want to pick my son up! What?? I  don’t remember organizing for that. Unbeknown to myself, AsperBoy had told his dad that he could pick him up at 9am, and yes that was ok with Mum. What the? As far as I was aware, he wasn’t dur to have him till the afternoon, which left me the day go slow, have a read on a new book from the library…….. sigh. So with my brain still having kicked in and severely caffeine deprived, I was trying to figure out what to do, where to go, who’s but to kick, and what to say. To give him credit, the ex, while he usually would have cracked it big time at being mucked up like that, graciously changed his time to a 2pm drop off instead. I told him that in future, maybe he should check with me first BEFORE listening to a 10 year old AsperKid that will anything to please the person that he happens to be talking to at the time.

Reprieved, I allowed my poor startled brain to recover, and got started, albeit late, on the morning routine.  Breakfast done. Coffee starting to do its job. I’m sitting at my desk which is facing the window looking out to the backyard. Trampoline to one side, and green everywhere. And not just green. But LUSH green. Its hard to believe that its not brown with the way the sun hits it in the afternoon and crawls its way up the  veranda. Cant wait to get those blinds put up. The Dogs will appreciate it I’m sure.

Got the plum going in my hair, and while that was doing its thing, the family had some family time. Nice talks and deep and meaningfulls. Then it was time for cup cakes and a nice walk in the park. I

Its been so long since id been to the park with the Dogs. I’ve been so all over the place with my health and sensory issues, that I’ve been too overloaded to even contemplate making the 6-7 minute walk up the street to the massive off leash Dog park to let the Dogs have their run. It used to be something that was so ingrained into my routine, and now I’m lucky if I make it there once a month.

Kobash loves it there. He loves running after Nova (though he’d never catch her of course), rolling in the grass (better if its nice and cool and really green. Oh yes he knows the difference). 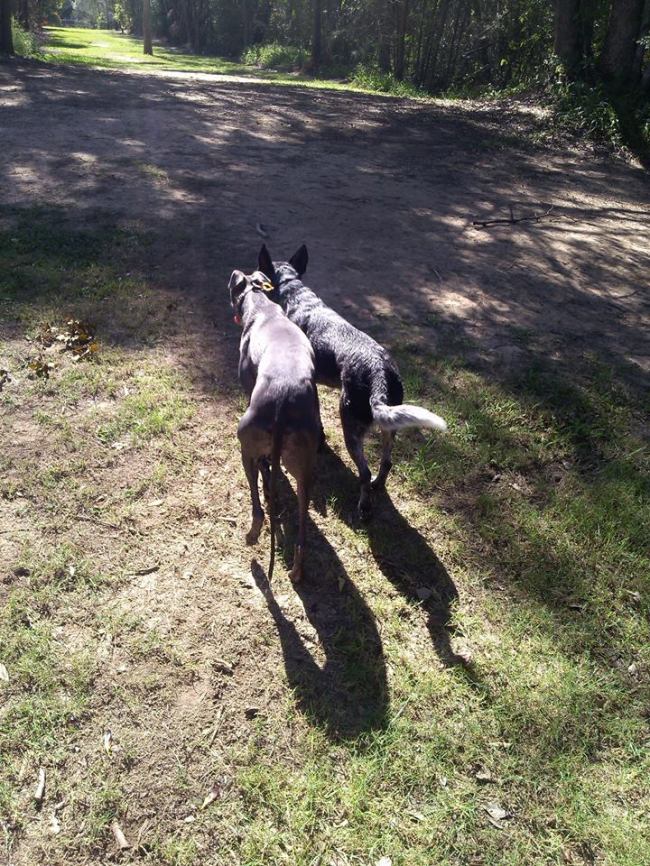 After swims to cool off, it was time for home and frosting the cup cakes. A rushed job because it was already after 1pm. Then off to take AsperBoy to his dads.

Sitting here blogging, facebooking (oh yeah I’m on to it with the multitasking).
How did I end up with almost 6000 photos on the computer?? Time for the usb and a clean up.
Looking forward to the crispy chicken legs and wings for dinner.